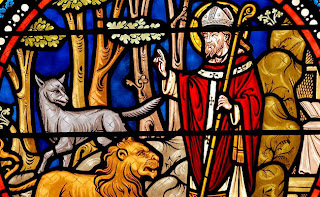 Written by Enza Ferreri, Liberty GB
Only a few days ago one of the best known figures of the Italian counter-jihad, Egyptian-born journalist Magdi Cristiano Allam, a former Muslim who converted to Catholicism, announced that, although he remains Christian, he has left the Catholic Church.

In his column in the daily paper Il Giornale he gave several reasons, prominent among which is "Because this Church is weak vis-à-vis Islam":

What more than anything else drove me away from the Church is its religious relativism, in particular the legitimization of Islam as true religion, of Allah as true God, of Muhammad as true prophet, of the Koran as sacred text, of mosques as places of worship. It is genuine suicidal madness that John Paul II went so far as to kiss the Koran on May 14, 1999, Benedict XVI put his hand on the Koran praying toward Mecca in the Blue Mosque in Istanbul on November 30, 2006, while Francis I began by extolling the Muslims "who worship one, living and merciful God." On the contrary I am convinced that, while respecting Muslims who, like all people, possess the inalienable rights to life, dignity and freedom, Islam is an inherently violent ideology, as it has historically been conflictual inside and belligerent outside. Even more I am increasingly convinced that Europe will eventually be submitted to Islam, as has already happened from the seventh century to the other two sides of the Mediterranean, if it does not have the vision and the courage to denounce the incompatibility of Islam with our civilization and the fundamental rights of the person, if it does not ban the Koran for apology of hatred, violence and death against non-Muslims, if it does not condemn Sharia law as a crime against humanity in that it preaches and practices the violation of the sanctity of everyone's life, the equal dignity of men and women, and religious freedom, and finally if it does not block the spread of mosques.