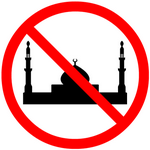 What is a mosque; interview with Sam Solomon
http://vladtepesblog.com/?p=24546

Why mosque's must be stopped and how to do it
http://fubarfubar.blogspot.nl/2012/07/why-mosques-must-be-stopped-how-to-do-it.html

What goes on in mosque's (met video)
http://islamexposed.blogspot.nl/2010/08/what-goes-on-in-mosques-terrorist-fund.html


A mosque is not like a church or a synagoge
Mosques are modeled after the first mosque established by Mohammed in Medina, which was a seat of government, a command center, a court, a school, and a military training center and depot for arms.  Mosque leaders today issue religious decrees, enforce Islamic doctrine, monitor conduct, provide training, punish transgressions, and command actions, including the requirement to conduct jihad.
lees verder http://sheikyermami.com/2012/08/14/a-mosque-is-not-like-a-church-or-a-synagogue/

Perhaps the most stunning revelation to come out of our interview was Reza's admission that Iran uses mosques in Europe and the U.S to plot, finance, recruit and train for terrorism. Reza was personally involved in some of these operations while working for Iran in the Muslim communities of Europe.

Syrian jets kill 25 Palestinians hiding in a mosque. And every Muslim knows mosques are where Muslims store weapons:
http://the-eyeontheworld.blogspot.com/2012/12/abbas-urges-assad-to-spare-palestinians.html …

In the Freedom House report, materials found in mosques across America have been shown to be virulent and hate-filled. A book found in the King Fahd mosque, distributed by the Saudi embassy in Washington D.C., and published by the Saudi government, read: "Be dissociated from the infidels, hate them for their religion, leave them, never rely on them for support, do not admire them, and always oppose them in every way according to Islamic law." A recurring theme is the idea that a peaceful coexistence between Muslims and non-Muslims is impossible. A Saudi-government text for tenth-grade students entitled "Science of Tawheed", copies of which were obtained at the Al-Farouq Mosque in Houston, teaches that if a Muslim "thinks it is permissible to be under their [infidels] control, and he is pleased with the way they are, then there is no doubt that he is no longer a Muslim."
http://dttj.blogspot.nl/2010/08/saudi-arabias-funding-of-american.html

“The Mosque is Far More Than a House of Worship”: Regular readers are familiar with Gavin Boby and the Law and F...
http://bit.ly/SPqSlW

Afghanistan: Taliban use mosque to fire on enemies, seven killed inside mosque: Watch for Muslims worldwide to p... http://tinyurl.com/ctfe2bw

Mosques Are the Battleground of the War Between Islam and the West
http://shariaunveiled.wordpress.com/2013/04/29/mosques-are-the-battleground-of-the-war-between-islam-and-the-west/