Time to Annex Judea and Samaria 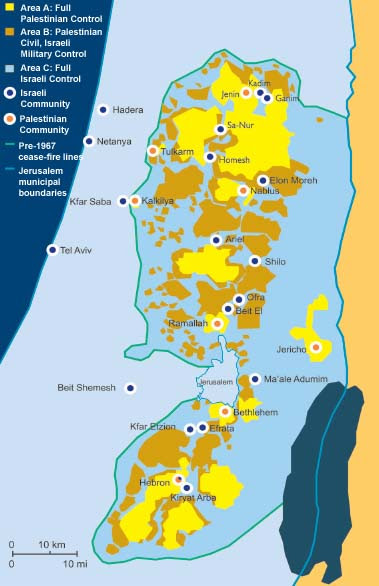 In a few months it will be the twentieth anniversary of the signing of the “Oslo Accord” on the White House lawn.  In that signing, Yassir Arafat, on behalf of the so-called “Palestinian Liberation Organization,” committed himself and his “people” to conduct negotiations with Israel that would lead to a peaceful resolution of the Middle East Arab-Israeli conflict. He forswore unilateral actions and decisions.

Since then, the “Palestinian Authority,” which was set up by the PLO, has violated every single clause in that and the subsequent Oslo Accords.  Twenty years hence, the “Palestinians” as represented by the “Authority” have yet to comply with a single one of their obligations.  Arafat and his gangsters simply used the Accord as a cover to gain control over part of the West Bank and the Gaza Strip.  They then converted all the territory they controlled into bases for launching terrorist aggression against Israel.  The Palestinian terrorist groups have murdered at least 1700 Israeli civilians since signing that first “peace accord.”  Thousands of Palestinian rockets have been launched into Israel aimed at Israeli civilians, and not just by the Hamas.  “Palestinian leaders” repeat several times each day before breakfast that their aim is the obliteration of Israel altogether and that they will never recognize the legitimacy of Israel within any set of borders.