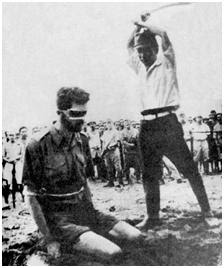 JAMMU: In a "provocative" attack, Pakistani regular soldiers crossed into Indian territory in Poonch sector of Jammu and Kashmir and ambushed an Indian patrol killing two soldiers, one of whom was decapitated.

Condemning the attack, which it called provocative, government said it will take up the incident with Pakistan. "We expect Islamabad to honour the ceasefire agreement strictly," defence ministry said in a late night statement.