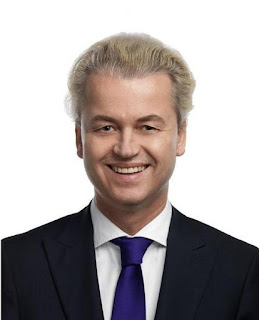 The Resurgence of National Pride and the Future of Europe

Dear friends, thank you for inviting me to Los Angeles. I always like coming to the United States. There are many things that I admire Americans for. One of them is that they are unashamedly patriotic.

The American Freedom Association has asked me to speak to you about the future of Europe.

Europe is in a terrible state. Bit by bit, European countries are losing their national sovereignty. The economy is in shambles. Islamic immigrants riot and terrorize the many locals. And when people's throats are slit in the streets, while the murderers shout "Allahu Akbar," the authorities appease the killers and declare that Islam has nothing to do with it.

Europeans feel that the gap between them en those who rule them is growing. Many no longer feel represented by their politicians. There is a complete disconnect between the people that truly rule Europe and the people that live in it.

The blame lies to a large extent with the European Union and the weak leadership within the European countries which have signed away their national sovereignty. The EU cannot be compared to the United States. Europe is a continent of many different nations with their own identities, traditions and languages. The EU is a supranational organization, but its leaders aim to turn it into a state. To this end they are destroying the wealth, identity and freedoms of the existing nation-states of Europe.